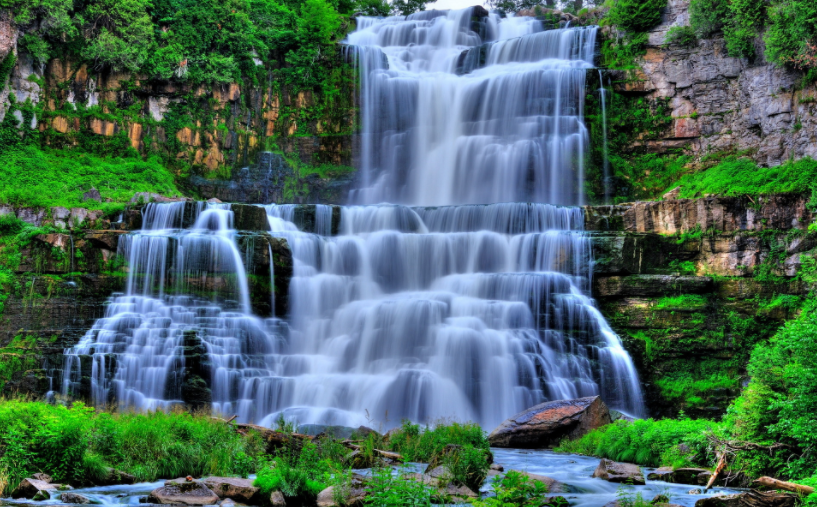 Contract clauses and financial models illustrating how proceeds are distributed among different shareholders at exit are frequently referred to as waterfalls. They can be very complicated.

It seems that the VC funding market cooled off a little after reaching a peak in 2015. In colder markets, investors have a stronger tendency to get creative on terms, especially if not much competitive pressure is felt around a deal. One of the the things investors like getting creative about is liquidation preferences. In this post I will outline why I think you should try to push back hard on complicated and aggressive liquidation preferences during your financing round.

A lot has been written about liquidation preferences and you can check out this post by Brad Feld for a good intro. In short, the liquidation preference language describes how the proceeds are distributed between shareholders at exit. It describes what the holders of individual preferred share classes are entitled to receive before the rest gets served.

It typically has two components, (1) a minimum multiple or interest relating to the original investment amount and (2) a participation or lack thereof which describes whether the preference represents a minimum return threshold after which everyone gets served pro-rata or whether it comes ‘on top’.

A simple (1x) non-participating liquidation preference ensures that, at an exit event, investors get the money they invested into a company returned to them first, before proceeds are distributed to everyone else according to ownership %-tages. I do believe that a simple 1x non-participating liquidation preference is absolutely the right thing in early stage VC deals. Fred Wilson outlines nicely why in this post. Anything beyond that for the investors, however, is tricky, not always fair and full with potential for unintended consequences.

We believe, and our experience and industry statistics prove it, that in early stage venture investments money is not made with contracts. You typically either make a lot with an investment, lose all or most of it, or make very little. In a bigger picture, even if liquidation preferences at exit come into effect in a way that benefits the investor, this does not increase his or her overall returns materially.

Sometimes entrepreneurs may be happy to agree to a participating, growing or multiple liquidation preferences, typically in exchange for a higher headline valuation. Here are five reasons why I think that such structures are a bad thing, especially in early stage VC deals (Seed, A, B):

If you ended up with an aggressive liquidation preference stack at your company, you might still be able to negotiate it away in your next financing round, if your position is strong enough. Or if you cannot get rid of it, you might manage to introduce a cap or minimum return threshold after which it disappears. We have seen and supported such restructurings in the past - they can sometimes be achieved, frequently to the benefit of everyone involved.

I would recommend to any venture funded entrepreneur to try to keep the liquidation preference stack as simple (ideally 1x non-participating) as long as possible. Even if it should be at the cost of a lower valuation. It will pay off in the long term.

If you are not sure you understood the concept of a liquidation preference well enough you might wanna check out the cheatsheet below prepared by Clement. He reviewed a version of this post and thought a cheatsheet will do a better job at explaining the basic concept of the liquidation preference than my text :-) Thanks Clement, and Christoph, for reviewing this post. 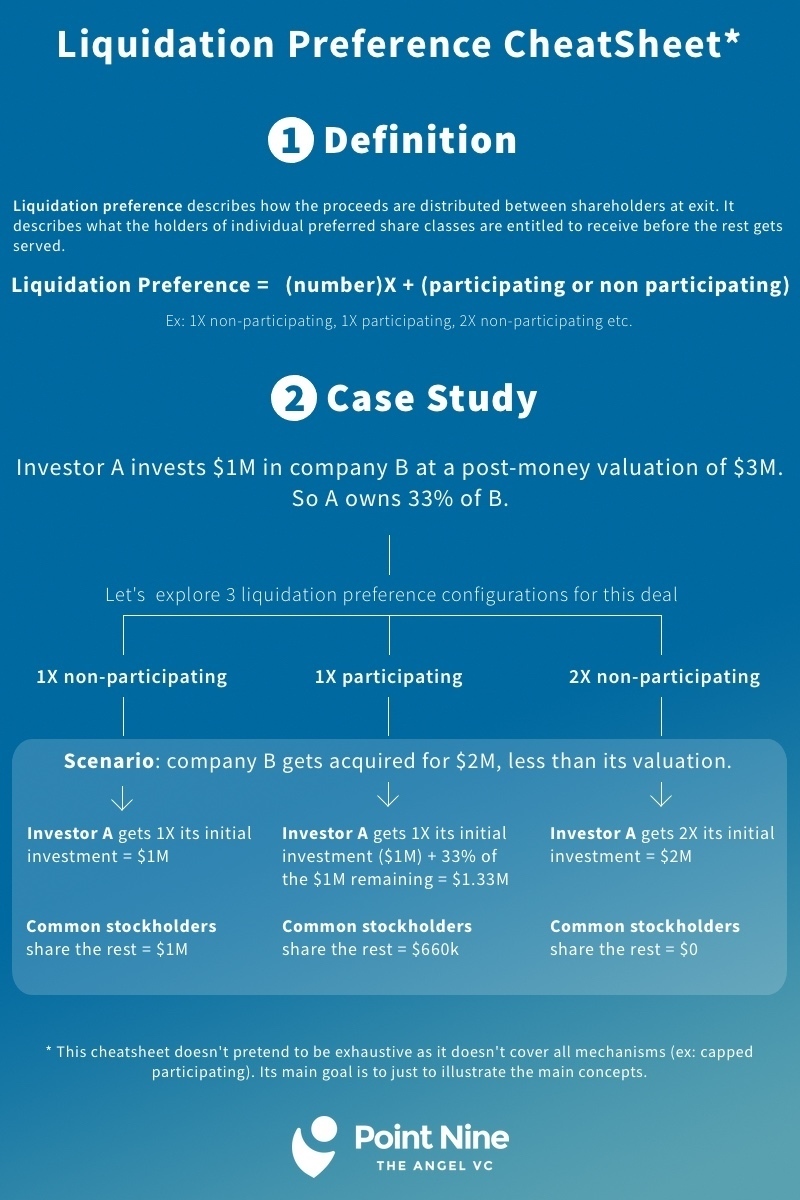