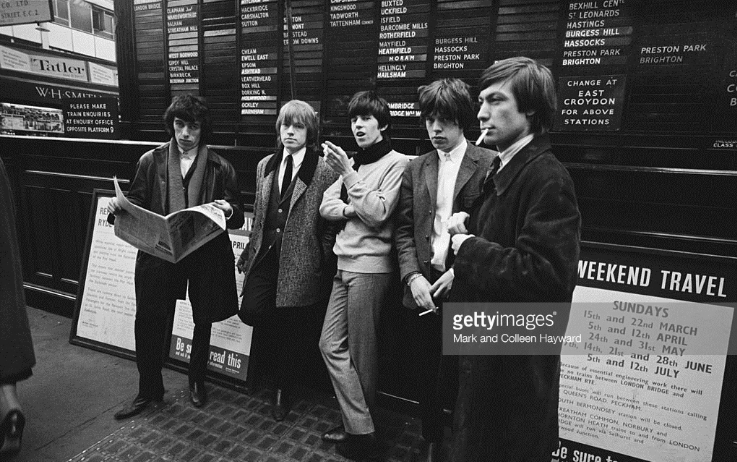 I recently met an entrepreneur for dinner. He is currently working on his fourth company and thus has a lot of experience in various areas of entrepreneurship and (business) life in general. Among many things, we discussed fundraising for startups. He mentioned to me a metaphor that I would now like to share with you.

He said: startup fundraising is similar to the job of an imaginary train conductor stopping his train by a train station and having the task to depart without delay, but also to take a required minimum number of passengers with him. The hard part is that he cannot depart without passengers who, as is often the case, might be running late or stand on the wrong platform.

Now, imagine a train station where there are a few guys (potential passengers) hanging around and smoking cigarettes. These guys are VCs. They want to get on a train, but are unsure which one brings them toward their destination (a good exit). In fact, they do not care so much about the type of the train or where it comes from as long as they know that the destination is reachable on time. The conductor’s task is to make them want to get on his train quickly, so that he can depart on time.

The job is challenging, because even if the guys smoking cigarettes like your train, they will rarely jump on it quickly, if they believe it will not depart without them or is not departing immediately. They will hang around and smoke a few more cigarettes…until the train starts moving.

So if the conductor wants them to take his train, he has to convince them that the train is about to depart or is already slowly moving. The problem is that you cannot start moving if you don’t know how many, if any, passengers will jump on it. The train cannot depart empty.

The way to solve this paradox is to maximise the number of folks at the train station with whom the conductor chats about the upcoming journey. In that way he can quickly figure out who is convinced that the train will most likely take him to his destination and is therefore most likely to take it. Once that’s done, and some of them start making first steps toward the train, the conductor needs to quickly blow his whistle and shout (very loudly!) that the train is about to leave the station or even slowly start moving the train (this is known as "we are now closing the round"). In most circumstances, those that started walking towards the train will start running, and those still pondering upon their decision will swiftly throw away their cigarettes and try to jump on the train as well (this is known as fomo :-)).

I liked the metaphor. Maybe it will be helpful to you too, fellow train conductors! :-)